Nearby Attractions and Facilities

The Farm
The cottages lie within West Fenton Farm with many features of environmental interest, enhanced by the closeness of the Aberlady Local Nature Reserve and an extensive Site of Special Scientific Interest (SSSI).

Wildflower meadows, extended hedges and protected water margins are all features that encourage a wide range of wildlife. The West Peffer Catchment Initiative has its origins at West Fenton. The farm participates in the East Lothian Grey Partridge Project and collaborates with the RSPB in a range of activities, including the winter feeding of wild birds by volunteers from as far as afield as Edinburgh.

A feature of the farm is the network of rides, which extend to three neighbouring farms and more than ten miles of safe riding off the public road. The only centre for Riding for the Disabled (RDA) is located at the farm, providing a riding experience for more than 120 disabled people each week.

The steading dates from 1822 and a particular feature is the mill chimney, a striking landmark. The chimney enabled the farm to raise steam to drive the threshing mill, but this was rather short-lived, falling into disuse with the arrival of electric power in the 1890s. The holiday cottages form part of a courtyard development which has restored the appearance of the buildings to their former glory.

Close to the farm are a range of local attractions to suit a variety of tastes including:

Museum of Flight
Man’s fascination with flight comes to life at this protected First and Second World War airfield. A site steeped in history, in 1919 the R34 Airship took off from East Fortune on its record-breaking first east-west transatlantic flight. Here you will discover some of the most extraordinary machines in the world that reveal the story of our ambition to take to the skies and find out how flight has changed our world.

John Muir’s Birthplace
John Muir’s life and work has inspired people all over the world. Now the Dunbar birthplace of the pioneering conservationist has been transformed into a new visitor attraction. The stunning interpretative centre highlights the work and achievements of this remarkable man.

Preston Mill
There has been a mill on this site since the 16th century, and the present stone buildings date from the 18th century. The conical roofed kiln and attractive red pantiled buildings make Preston Mill a popular haunt for photographers and artists, while the nearby millpond with resident ducks geese provides the finishing touches to an idyllic countryside spot East Links Family Park – just to the west of Dunbar, full of fascinating attractions for all the family.

Lennoxlove House
Set among East Lothian woodlands a mile south of Haddington with a fine outlook to the Lammermuir Hills, is a house with a threefold interest – its historic architecture, the association of successive owners with the Royal Stewarts and its contents, especially it’s paintings. The earliest parts of the House were built well before 1400.

Tantallon Castle
Two miles east of North Berwick is a rocky headland surrounded by cliffs offering stunning views north to the sea-bird colony on Bass Rock. Anywhere else, Bass Rock would dominate the attention, but here it takes second place to the remarkable curtain wall of Tantallon Castle.

Dirleton Castle
The village of Dirleton lies two miles west of North Berwick. Set within it and contained by an estate wall is a magnificent garden which the Guinness Book of Records certifies as home to the world’s longest herbaceous border.

Hidden Castles Tour
Go of the beaten track and explore castles hidden in the beautiful East Lothian countryside. See the best bits of the county and learn the legends and the histories of the people who inhabited these ancient castles.

Belhaven Brewery Visitors Centre
Located approximately 1 mile (1½ km) west of the centre of Dunbar in East Lothian the Belhaven Brewery was founded in 1719 and remains the oldest surviving independent brewery in Scotland and one of the oldest in Britain. It is likely that brewing was originally carried out by Benedictine Monks on the land around ‘Bele’ (now Belhaven) granted to them by King David I (c. 1080 – 1153).

Boat trips
To the Bass Rock and the May Island. In summer, a boat trip from the harbour at North Berwick or Dunbar is a real chance to get really close to a vast number of seabirds.

Information and leaflets are available for these, and other local attractions, at West Fenton. 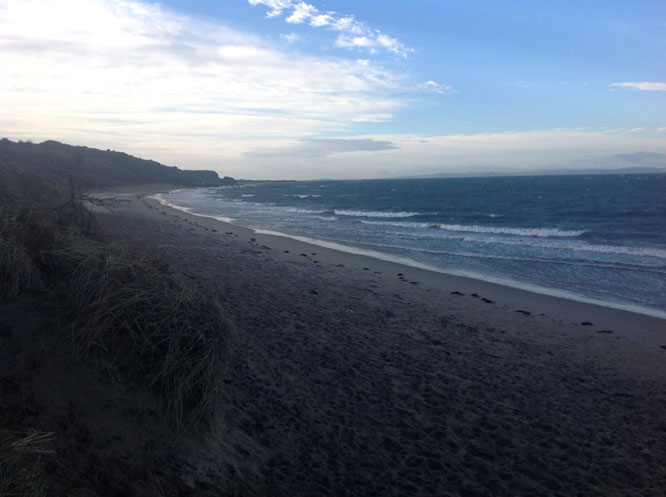